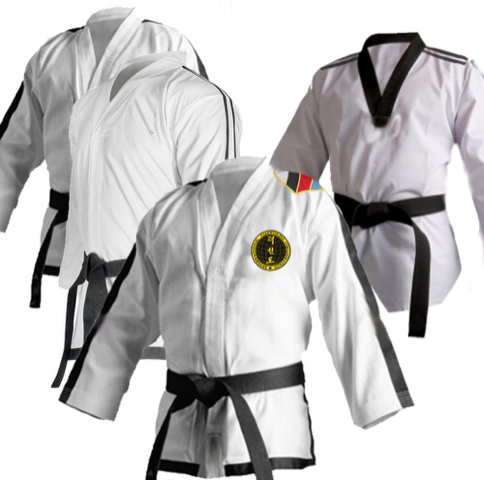 It is universally accepted that Gen. Choi Hong Hi is the Founder of the Martial Art called Taekwon-Do. Beyond the obstacles, qualms, and political foundations of those who, using the same name, achieved Olympic recognition some time ago, the word Taekwondo sounds unique. It is really so?

I think that an analysis on this is pertinent. The activity was born as a Martial Art on April 11th, 1955 as unique a conception and with strictly internal roots in South Korea, where its founder resided and served as a military general. Several years would pass, with various internal disagreements between its members, before its name gained national recognition. This circumstance and other political misfortunes of South Korea of that time catapulted the possibility of crossing borders and making this Art known in neighboring countries first and in the West later.

Those years and the internationalization or the art had nothing to do with sport or the Olympics. What was known and published was a martial art born in South Korea called Taekwon-Do and written in this same way, Taekwon-Do.

Different political vicissitude of the country and of the Founder resulted not only in the spread of the Art to the East and the West but also in the exile of this unique entity and its founder. These political/institutional disagreements allowed the birth of a sport that curiously was called Taekwondo. It was born in South Korea too, but 18 years later.

The most important difference is that their movements and biomechanical structures are totally dissimilar.

The Taekwon-Do conceived, systematized, and founded by Gral Choi Hong Hi in 1955 has nothing in common with the sport born in 1973 and phonetically pronounced Taekwondo but written as one word.

This was intentionally written in this way to take out all philosophical connotations that could be an obstacle for the Olympic sport pretentions finally obtained.

The disputes between the two activities took their entire students hostage without them even knowing it; without understanding what was happening, they took part in the quarrel as if it belonged to them.

Evidently being held as hostage for other people’s political and economic controversies only brings headaches and the unpleasant feeling of having been used.

The passing of this discipline’s Founder (June 2002) opened the way for countless entities to claim to be the rightful heirs of the art created by him.

It is evident that none of them are.

Some are merely economical opportunists while one uses it as a political tool to escape from obscurity and achieve a level of international success that would otherwise never be possible.

To the growing and never-ending list of entities claiming the Founder’s legacy as well as the acronym of the federation also created and presided over by him are added words that only fuel new divisions. These new words added to the original acronym (unified, union, traditional, original, and countless others), are merely banal attempts to keep oneself alive with another’s creation.

There’s no unity if the world of Taekwon-Do is totally atomized. And there is no unification in sight because individualities are fervently defended. The original no longer exists because the Art evolved during the Founder’s lifetime (and the subsequent modifications are incoherent and fanciful attempts by supposed “masters” of no actual relevance).

Is sport what holds these entities together?  Impossible. All the rules are different. Never forget that Taekwon-Do is a martial art. The only amalgam possible was that of Gral Choi Hong Hi.

Corollary: if the rules and administrations are different, the uniforms are similar but not equal, the certifications can be signed by inexperienced hierarchies without background, and the biomechanics are so far from those of the founder as to be unrecognizable, what unity are we talking about?

In accordance with the aforementioned panorama, if somebody (from East or West) says that Taekwon-Do is only one, it sounds like a joke, an insult to the intellect, or a plea for inclusion because «I also want to be part of the current opportunism.      “Don’t you think so?