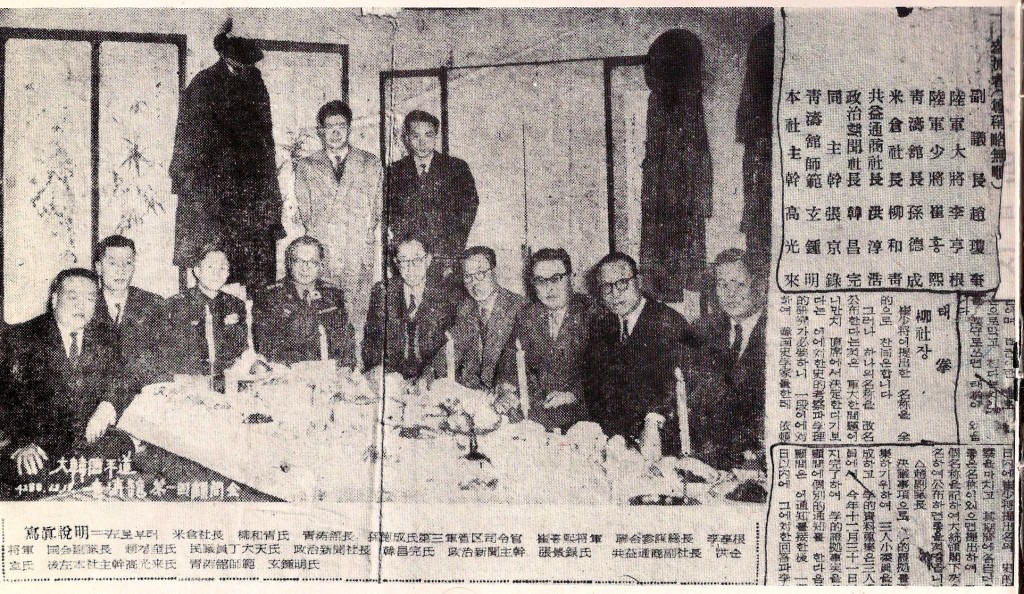 The word Taekwon-Do is a composed word because so was conceived by the Founder of this discipline. It is descriptive of the Martial Art developed by him and so was presented for it acceptance to the most prominent persons and authorities of South Korea.

Tae describes everything related with the lower extremities (movements, stances, kicks, blocks, jumping, etc) Kwon, all inherent to the upper extremities, particularly hands, and Do involves the philosophy, moral culture and protocol. This makes it distinctive from other Arts and fundamentally from a sportive expression as a unique intention.

All related with the physical actions is written together and separated by a hyphen, its philosophical aspect, which impose a particular behavior and a way of life.

Curiously, many years later of its creation, the word was written altogether by some people to name a sport that has nothing in common with the physical mobility and the philosophy originally intended by its Founder.

If the martial art is practiced in a nontraditional way, or if the priority is placed on the sportive aspect, the Do is being placed aside and easily degenerates in a dangerous pugilism.

The philosophical phase of a discipline makes it distinctive, so much as its characteristic biomechanics.

Five Tenets resume its Founder’s thought. The canon to apply by the members of the Art were established as a guide to improve their behavior as human beings.

Kicks, punches, jumps and other physical abilities acquired with the time and with the permanent practice are many times considered unique synonymous of this activity.

If so considered, the activity wouldn’t be a Martial Art with an sport area, but  just a sport.

If this would be accepted as a valid concept, we would also have to accept that the word Taekwondo written altogether wouldn’t be wrong.

Explaining the philosophy demands the gathering of various factors: place, time, the valid interlocutor and of course the people who already understood that this phase is absolutely necessary to be known, respected and in consequence proceed in accordance with it,  if they want to be part of this martial art.

Regrettably, the absence of these factors has induced most Instructors to use the class time only to develop the physical aspect, leaving out the philosophical knowledge. Under these circumstances the students receive a poor information about this essential item.

Many times I ask myself, why some people writes the Do together the rest of the word if they will use only the body? Why not calling it just Taekwon.

In Do inevitably are involved -between other things-, Courtesy, Integrity, Perseverance, Self Control and Indomitable Spirit, the five Tenets mentioned earlier.

Many times these are only named as a reply to a question done by a Test Board without a real understanding of each concept.

The questions are: Do we understand each  one of them?; Are we acting in accordance with them?

Some reflections could be pertinent.

If we do not pay respect for other people’s position or thinking, what kind of respect do we have for the Tenet «Courtesy«?

If we are not loyal, recognized and grateful with the person who has taught to us what we know, which is our «Integrity«?

If we are not ready to fight against the natural obstacles in our growth, how can we consider ourselves «Perseverant«?

Injustice or the absence of acknowledgement demand «Self control» as a previous step to solve it.

It is evident that to proceed permanently as it is demanded in the Tenets mentioned before requires «Indomitable Spirit«.

If we write Taekwondo altogether and we look the Art only as physical actions, we wouldn’t need the explanation mentioned above and we will be missing its philosophy.

Undeniably, the Tenets are very helpful in our daily life as human beings, and they go beyond the practice of this martial art.  Without doubt, these are also an unavoidable request in the sport area.

To be actualized read again the previous notes.