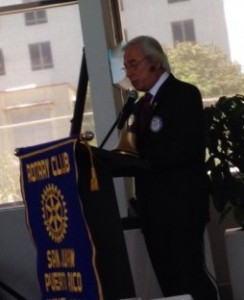 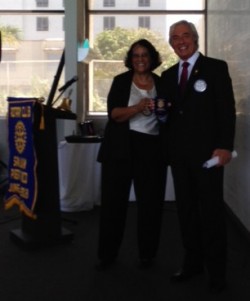 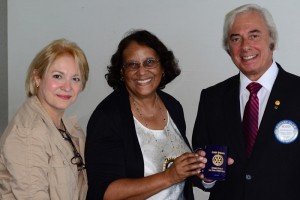 On March 25th SGM Ricardo Desimone gave a speech in the Rotary Club of PR.

He is a member of this international Institution and was asked by its Authorities about a Martial Arts explanation and its relation with the physical and mental wellbeing.

He based his speech in his experience of 46 years as professional Taekwon-do Instructor and the several places he internationally occupied as Chairman in different areas. Besides his responsibility as President of ITO, different classes and Seminars dictated by him, he is the Physical Fitness’ Chairman at Centro Medico Salinas. He has developed a method based in his studies acquired over the years about human bio mechanics. His conclusions are helping in prevention obesity at all ages and elderly people’s mobility.

The success of the mentioned method can be checked in the present wellbeing of patients who were derived to be treated in this area by Professionals of CMS.

Medical Doctors, Managers of different enterprises and very important people of PR and USA’s society were present at the meeting.

The unusual angle utilized to explain the martial arts in general and Taekwon-do in particular, permitted a better understanding about this item commonly darken due the erroneous and negative concept used by those who don’t know the matter.

The Rotarian members present at the programmed lunch, were very grateful for the explanation given. They asked to SGM Desimone for a workshop in the near future about the helping method developed by him.

This is another remarkable event in the ITO‘s objectives. ITO emphasize in developing and including the highest intellectual support in the Institution’s achievement and relationship. 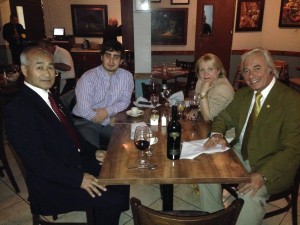 S. Grand Master Park Joong Soo gave a Seminar to the students of the Martial Arts Institute lead by S.N. LLaugel Castillo in Coamo County in Puerto Rico – USA. Due to the mentioned event and to honor the presence of one of the Pioneers of Taekwon-do in the world, our President S. Grand Master Ricardo Desimone pay a visit to him for again shake the hands of so important guest.

Once finalized the official activity developed by S.G.M Park, our President invited him to dinner in a well known restaurant of Ponce City – PR. In that occasion and between other things they talked about the events shared in different places of the world and their actual responsibilities leading their own Organizations. The main point to highlight is their wish in a mutual cooperation in futures events to develop.

Was a common agree that a Taekwon-do’s requests at present in the entire world is unity and cooperation. Of course was remembered Gral. Choi Hong Hi as the Founder of Taekwon-do and their recognizing in following with his legacy and his teaching technical development, which in occasions is forgotten or distorted.

They remarked what he has written in his Encyclopedia, «Taekwondo knows no boundaries of Countries; it is a universal Art of Self Defense” (Vol. I pages 10/11).

In the picture headlines this note are present in the occasion S.G. Master Park, SGM Ricardo Desimone his wife, Dra. Maria del Carmen Padilla and her son B.S.N Christian Cuvillier who remembered his participation in another seminar given by the visitor in PR few years ago.