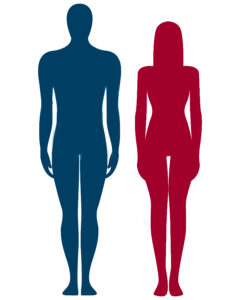 It is obvious that the passage of time entails, among other things, the accumulation of experience in the activity to which a person has dedicated his entire life. The stages of human existence are inexorably fulfilled in each and every living being. Birth, development, decline, and death are inexorable. Therefore, and following this unequivocal destiny, we can affirm that there is a stage in the performance of the person that has better possibilities in the use of his body. In this phase, an amazing handling of the most complicated techniques from the point of view of mastery of the body is usually achieved. This is due to the possibility of the maximum use of muscle tone and joint flexibility, elements that will allow the use of the human structure in the execution of positions, jumps and turns that are difficult to master for the public. As the body by itself cannot do what it doesn’t know, it is imperative to have the information that will allow such skill.

Without losing sight of what was originally proposed related to the different stages of human life, we can say that it is in its second phase where a rare combination occurs: theoretical knowledge is less than the available body capacity; however, the physical act incorporates the understanding of that event and corroborates the conjectural proposals. The experience of the performer is built in this way. In the stage of decrease, the experienced practitioner will find that his knowledge is greater than that of the previous stage, but he will also notice that the limit of his actions has receded and it will impose a new use of his information. The acrobatic techniques with jumps and turns inexorably fulfill these two stages of the human parable. In my long and uninterrupted career as a practitioner and instructor, I have met a great number of people of all ethnicities who fulfilled with the aforementioned description.

The coordination and correct synchronization of the movements allow the implementation of the theory of how to increase power in the application of Taekwon-Do techniques. Every time these concepts are not present at 100%, there is a reduction in the power that each body can generate and therefore its effectiveness on the target.

The Taekwon-Do developed by Gen. Choi Hong Hi meets the biomechanical requirements for such achievements. Many years I have had the honor of assisting the Founder of the discipline in a number of interviews as his translator into the Spanish language, in the translation of his condensed Encyclopedia (1995 version) and more than 10 International Instructor Seminars. These facts allowed me to say without hesitation that the army of instructors and people who have collaborated in demonstrations all over the planet has been huge; however and despite their abilities they could not be equated with the practical executions that the General put into action in each of the technical corrections he made. His level of coordination and synchronization of movements was such that it revealed the perseverance invested in each of the executions for that achievement. While the aforementioned army of instructors who knew how to demonstrate the benefits of this Art put their objective in spectacular kicks, jumps and turns, acrobatic movements in short, the Founder had dedicated all his daily effort to the real characteristics of its creation, the generation of maximum power in each and every one of the techniques that compose it.

In his executions, stiffness and all fanciful movement are absent. The simplicity with which he executed each technique, allowed finding his movements spectacular due to the power he could generate with his small body. In his human structure were the proofs of the work necessary to strengthen the tools to be used in self defense. More than fifty years training these, allowed him to comfortably surpass the development of larger physical structures. The biomechanics of his invention requires mastery of the body’s axis or center of gravity in each and every one of the movements (static or dynamic). There is no technical posture or movement of the hands or legs that doesn’t reflect this fact. The innate use of the sine wave that by nature a human body uses in its movements becomes evident. The biomechanics that characterize this Art allow us to take advantage of this natural sinusoidal mobility of our body in a vertical and horizontal sense; the relevant fact is, being able to use it at the right time.

To do this, the accurate synchronization of the movements is necessary, which will allow the laws of physics to be used in a coordinated way to, together with the kinetics of the movement, produce 100% of the power that a human body can generate.

Every time a performer seeks maximum body power through force, not only he doesn’t achieve the desired goal, but he also reduces the power that he could have achieved. Force and power are parallel but not synonymous. Let’s say that force is the physical aptitude to perform a job or a movement (physical strength). While power is a resultant. In strength, muscle contracture is necessary, while to generate power, the speed factor must to be present. To push an object you need force, to hit you need speed, hence the well-known formula of mass by the square of acceleration as the power formula.

In short, the biomechanics that characterizes us and whose greatest exponent has been General Choi Hong Hi without any doubt needs the correct management of the body’s center of gravity, coordination in the use of the laws of physics and synchronize the movements to make this possible.

If you do not want to achieve this goal, just dedicate to use your strength.