1968– He Start in the practice. Part of the demonstration teem of the Kim Hang Chang Group that was the introducing and leading Organization in Argentina until this Korean Instructor quitted his ITF membership. After this fact, SGM Desimone was the connection between Argentina’s Taekwon-do structure and the Founder of the International Taekwon-do Federation, Gral. Choi Hong Hi.

1980-He was one of the Founders and first Chairman of the Tournament Committee of Argentina Taekwon-do Federation.

1981-He is one of the Founders, Secretary General and Technical adviser of the Metropolitan Taekwon-do Association

1982-He is the Founder of Professional Taekwon-do School.

1987– He’s Founder and part of the Board Directors of the Federación de Taekwon-do de la República Argentina (FETRA).

1989– He’s the official translator under the Gral. Choi’s command in the Pan-American Taekwon-do Tournament held in Tegucigalpa – Honduras.

1990/2001– He’s the official translator in all seminars given by General Choi Hong Hi in Argentina during this period.

1991– He’s named as Chairman of the Press Committee of FETRA.

1992– He ‘s the Founder and President of the American Taekwon-do Association (ASAT), uninterrupted until the present.

1994– He’s part of the Official Argentina Delegation in the IX World Taekwon-do Championship held in Kuala Terenganu – Malaysia.          Gral. Choi Hong Hi gave him the Outstanding Instructor’s Medal in recognizing to his job.

1995– He’s part of the Test Board that accompanied Gral. Choi promoting students to the Instructor level (4th. Dan and above).

He translates into Spanish the Condensed Encyclopedia written by Gral. Choi Hong Hi.

1996/2000 –Being one of the founders, is named President of the Argentina Taekwon-do Union, the new Organization created by Gral. Choi to govern the Argentine ITF Taekwon-do in this Country.

1999– Gral. Choi Hong Hi gave him the statue in bronze with a wood base of Gral. Choi. The statue is to recognize the loyalty of Master Desimone to the International Taekwon-do Federation for so many years teaching this Martial Art on its pure form.

2001– Gral. Choi Hong Hi named him as President of the National ITF Taekwon-do Council of Masters in Argentina.

2002-After Gral. Choi passed away, Master Desimone wrote an article published in a national and well known magazine, refusing to be part of any other Taekwon-do Organization.

2005 –He accompany to Master Phap Lu in several seminars given in different provinces of Argentina.

He is the actual General Secretary of Argentina Taekwon-do Federation (ATF).

2006– South American Taekwon-do Federation named him as Vice President and Chairman of the Technical Committee of this Federation.

South American Congress held in Tarija – Bolivia, proposed him to the Grand Master Category, in attention to his record and service to the original Taekwon-do.

2010- Pan Am Taekwon-do Council names him as Chairman of Technical Committee of this Institution in the extraordinary meeting of PTC held in Belarus.

2011 –He is elected ITF Executive Board Member representing America Continent for the votes of the Countries member in the ITF Congress held in Pyongyang – Korea. 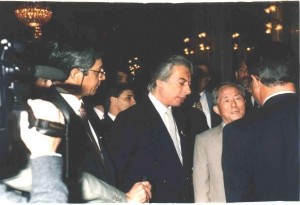 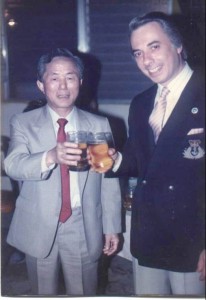 After the Pan Am Taekwon-do Congress in Tegucigalpa-Honduras 1989 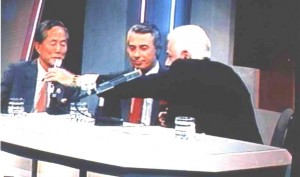 Translating a Seminar in Buenos Aires – 1993 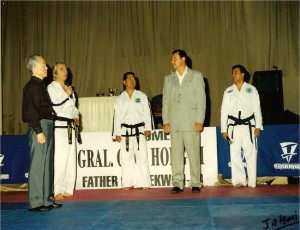 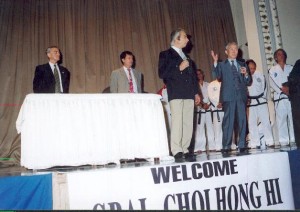 When he is nominated by Gral. Choi as President of the Argentina’s Masters Council October 2001 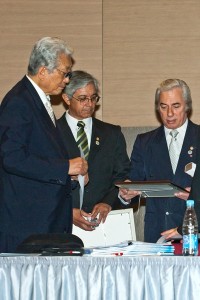