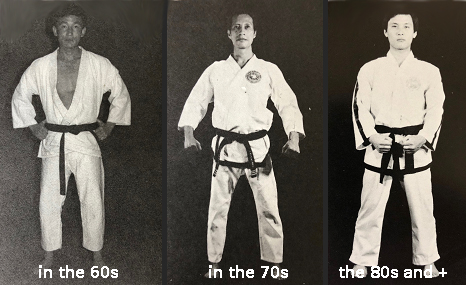 It is evident that nowadays the different social media have markedly displaced those elements that had always been used to inform or advertise. Although magazines have not disappeared, they no longer serve the same function of informing. Classes and virtual communications have also contributed to the change in the information and advertising mediums.

In this new media reality, thoughts and beliefs are published with a degree of authority that they do not merit based on their research or certainty.

Among these disclosures, it has been said with more assiduousness than imagined, that Taekwon-Do is evolutionary, but without explaining such assertion with scientific accuracy.

On many occasions I also have written in several notes published in different magazines that Taekwon-Do is indeed evolutionary; but I made such an assertion when its Founder was still alive, because that is how it was. Such a statement after his death is a fallacy.

Taekwon-Do was evolutionary in the hands of its creator or founder; in the hands of someone else it is a mutilation. According to the dictionary, evolutionary is something that is progressively transformed; of course only in its creator’s hands. If anybody else could do it, why do you frenetically talk about the legacy? Why worry about the technical detail if tomorrow it wills no longer matter?

Today the technical commands are from the leaders of the moment, not those derived from the Founder, which is a tacit way of ignoring him.

To the disfigurements that have capriciously given the name of evolution, we have to thank the technical and institutional diversity of today.

As a translator into Spanish of General Choi Hong Hi in more than 10 International Instructor seminars and his condensed encyclopedia in that language (version 1995), I can assert with total objectivity that the current so-called evolution is nothing more than a modification, misrepresentation, and manipulation of convenience.

In one of the seminars in which I was assisting the General with the translation, one of the instructors present there (today a 9th degree) challenged the Founder’s explanation and application of a technique in a pattern of 2nd Dan in front of the more than 500 participants, to which the General, visibly annoyed, replied: «It is as I explain it because I am Taekwon-Do», a justified response to such a daring affront. Therefore, all evolution can only come from the General.

It is impossible to think that this evolution did not exist, since for those of us who have been part of the activity since the beginning in different countries, it is easy to certify the difference between the biomechanical development used back then and how it finally ended up in 2001; the uniforms used, the protection systems, and the rules of the sport were also included in this transformation that ended without the possibility of amendment, with the death of whoever founded the discipline.

Talking today about evolutionary Taekwon-Do is trying to justify some capricious modification or to hide ignorance for not having been in those moments, it doesn’t matter in whose hands it comes, it is simply not possible.

Today there is not a single entity that uses the same acronym that contains the Taekwon-Do that General Choi founded. The diversity is enormous and this is also outside of what he carried out. Therefore, in that existing plurality, someone or several can try to explain to the student body that Taekwon-Do is evolutionary, but only hiding the date when it stopped.

To neutralize this fallacy, it can only be said that Taekwon-Do was evolutionary until 2001; from then on any evolution belongs to the delusion of someone whose rank has gone to his head.

to be aware read the previous notes