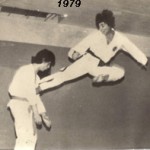 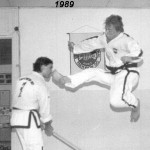 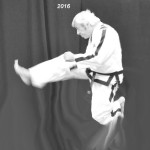 The permanent training is the way of the art, without it, the art doesn’t exist

It is evident that our Taekwon-Do is not the same as those practiced many years ago. The time and the perseverant effort of it Founder carried on a progress on its bio-mechanical.

This improvement were not only in the technical part but has also affected other areas  which are intrinsically related with that knowledge.

All technical improvement needs the Instructors’ presence to be implemented. The Instructors have to be updated with the last upgrading incorporated by the Founder until his last active seminar (Buenos Aires, October 2001).

No other modification will be accepted if the legacy is going to keep its meaning, on the contrary we would be talking about of another instruction but not about a legacy.

Is this commandment utilized today by all and each one of the institutions that call themselves representing of Gral. Choi Hong Hi?

The already mentioned technological improvement must be those inherited from the Founder and not another.

Until his passed away there was only one Institution and only one system to apply, but today we know that there are many who uses the same name but under different administrations and rules.

The pass of the time also brought another phenomenon which involve the people in charge of teaching.

Curiously some instructors and Masters only give examples of moving using the students’ bodies as references. Because of that and due the imitation procedure, the way to follow will inevitable has the student’s mark and not the Master’s one.

Some people like to use a phrase included in the Philosophy of Taekwon-Do:

Be the eternal teacher who teaches with the body when young, with words when old and by moral precept even after death (Encyclopedia of Taekwon-Do Vol I by Gral. Choi Hong Hi).

The key of the sentence is with words when old. In none place is mentioned which is the precise age to be consider old. Taking into consideration the Gral. Choi’s example, we have to be present that he was active at his 84 years of age. Some instructors or Masters probable read the numbers in the inverse way and they consider themselves old at 48 years of age.

In the army there is a very solid line in the consideration of a person who hold a Grade.

Doesn’t matter if others have the same grade, the real importance is in the proper use of the Grade and the honorable behavior of the person who hold such position.

In Taekwon-Do the times enforce the same consideration. Some instructors or Masters has abandoned the regular practice to became in an administrative representing. Many Black belts like to use his goals won in the past in the sport area, to sustain their actual inactivity and out of fitness. Past is past and it is very important to understand that the experience in that item belongs to that area only.

The pass of the time is inevitable, however, it’s necessary a permanent and reasonable activity to keep oneself in good health and also to keep the good health of Taekwon-Do and it representing.

Nobody is asking for a champion of the world to be an instructor, however, it’s necessary the minimum physical aptitude to occupy such a place.

Imitation and repetition is the behavior that a student have to assume in the learning process.

Because of this, the Master has the unavoidable compromise to show what he is teaching.

An instructor (doesn’t matter the grade he has) who is out of training has not enough qualification to be in front of the class, because the student wouldn’t has a reference.

Just giving orders is not the right way to use in the task of teaching Taekwon-Do. This Art was taught in its beginning by people who doesn’t speak the national language of the country involved, however could be transferred by the permanent demonstration of the movements.

The mentioned process will determine the success or failure in the teaching job and will justify the place occupied by the Master.

Would be healthy to actualize the qualification of the people in charge of teaching. Their presence in a seminar only guarantee that the people was present there and  listened the items treated, but not their understanding, physical aptitude and qualification.

In Taekwon-Do the only record is today.