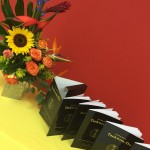 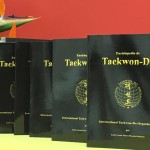 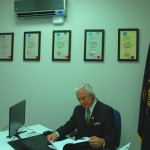 In the fall of 80’s the only written theory and illustration about Taekwon-Do’s philosophy and technical details, was the encyclopedia of General Choi Hong Hi in its English version. Then and knowing the increasing requests from the students, I begun writing a Taekwon-Do’s book in Spanish.

Different obligations as an Instructor and the administrative demands as President of an Association, in addition to the Taekwon-Do’s political turbulence, postponed the publication of my book. Seminars, press conferences, TV interviews and different magazine notes occupied me as the official translator of General Choi Hong Hi in all his visits to Argentina.  In the meantime and because the Founder’s necessity,  I was requested to translate his condensed version into Spanish. With the collaboration of other Argentine Masters, this Spanish copy was published in 1995 with General Choi’s approval. Due to the mentioned reasons, my own book kept waiting for a better opportunity. Many years passed and different actualizations were done to comply with the last details taught by the Taekwon-Do’s Founder until his passed away. In the meantime my book stayed in the drawer.  It’s publicly known the fact of the atomization of the institution founded by him after his physical departure, which propelled me as one of its protagonists in the leading movement, in the vain intent of pulling all its parts together again.

Today and after 26 years from the initial text of a Taekwon-Do’s Spanish version about the complete development of the Art, containing the exact technical details of the legacy, I am finally able to present my Encyclopedia of five volumes. It is made in a light and useful carrying version, easy to be consulted for students and Instructors in all the Taekwon-Do techniques and in its 24 patterns.

This presentation was made in the Juana Diaz Wellness Center and was supported by prominent figures of Ponce Health Sciences University and relevant Plastics artists of Puerto Rico.  Members of ITO from USA, Puerto Rico and Argentina sent their notes of salutation and support.

The International Taekwon-Do Organization (ITO) is adding with this significant publication, another relevant event and have since this precise moment a written reference to follow and to be actualized with the General Choi’s legacy.

To be actualized, read again the notes before 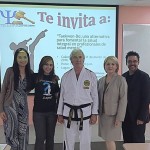 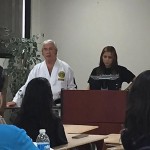 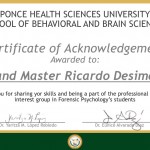 Attending to the invitation extended by Dr. Yaritza Lopez Robledo and Dr. Eunice Alvarado Diaz in representation of the Department of Forensic Psychology and Behavioral Science in the Ponce Health Sciences University (PHSU), Senior Grand Master Ricardo Desimone as President of International Taekwon-Do Organization, offered his conference on Taekwon-Do and its effect on Physical and Mental Health. The speech was followed with particular interest by a group of students pursuing their PhD. in Forensic Psychology as well as by students from the Medical School. Once more ITO offers an event that places Taekwon-Do in an outstanding academic level: in 2014 it was at Tufts University in Medford Massachusetts, today at PHSU. Academic growth is priority for ITO, as the Organization holds as one of its objectives the theoretical and intellectual acquaintance of all of its members. General Choi personally  described the ideal instructor in his Encyclopedia (page 87, Vol I): » a qualified instructor must combine the qualities of a scholar and a soldier if he is to produce pupils of noble character and outstanding skills».

It is of great importance the teaching of technical capabilities together with the intellectual competence . The improvement in both areas give a hierarchical level to the student and to Taekwon-Do, therefore it  Masters cannot dedicate exclusively to the simple explanation of its attack or defense techniques, leaving aside the knowledge that makes this Art a relevant one.

SGM Desimone’s  detailed description to the Forensic Psychology post-degree students about the benefits of Taekwon-Do on the mental and physical benefits for those who practice the Art was received enthusiastically.  They manifested that they had never before listened such an explanation of  this Martial Art benefits, since it is normally advertised as a sportive variety of combat, leaving out the scientific aspect in which it was created and its direct influence in the human relationships.

The sportive rules restrictions leave out most of the Taekwon-Do techniques and minimize  the self defense usefulness. Both physical and mental health are closely related to its conception and are the ground from which Taekwon-Do evolved. The complete knowledge of the body, its biomechanics and vital spots are  unavoidable for the proper technical handling . It is undeniable the influence of protocol and culture in the human relationships, then its application have  direct impact in self defense.

The success of the speech can be measured by the warm welcome given by the crowd followed by repeated requests for information about the schedule and location of the classes. In response to their demand, ITO offered to assign  a qualified instructor to teach the Art in the University grounds.