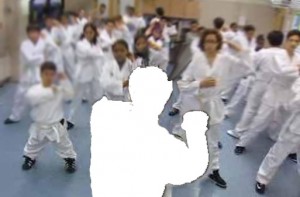 The Taekwon-Do’s evolve in the entire world and the technology development in the communications’ field,  has allowed the flourish of some people with a wrong attitude, the self taught.

Taekwon-Do is a Martial Art whose existence is sustained by a theory and its practical application, both acquired in hands of a qualified Instructor only.

To preserve that combination, different courses are organized to unify concepts, sport possibilities and different structures that will sustain the activity in the entire world.

Regrettably, some people with an erroneous attitude proclaim that their knowledge and skillfulness were developed unaided, without an Instructor or Master’s support.

They say that such a thing is the result of their great talent to acquire information, away from the normal circuit used by the institutions and avoiding all dependence of the hierarchical structure. They call themselves independent and advertise in this manner. However, in the Art doesn’t exist such a thing.

This idea emerges when the excessively flexible institutions authorize a non member to participate in their upgrade courses without any control of their record and belonging.

Part of this wrong thinking of some black belt holders is to consider that all higher degrees are not necessary and convince themselves that with their actual knowledge is enough to handle a structure. Nothing more illogical and absence of experience.

There was not and will never be a Taekwon-Do’s practitioner who can progress under these parameters.

The Taekwon-Do’s Founder wrote that everything can be replaced in a Dojang except the qualified Instructor that justifies its existence.

Books, videos and other sources of information are just aids or complements in the long way of learning, but never a replacement of the Instructor.

The danger is that such impostors use their supposed knowledge to teach as real instructors.

The true principles in Taekwon-Do establish the respect and exaltation of fundamental values as really helpful tools in the daily life. The unquestionable observation and loyalty to whom has dedicated his time and knowledge to educate us, also exist in other professions. Then: teach with the example is the way to follow.

The wrong use of the information and publicities permitted the misuse of certain concepts.

Raising the leg high is not a high kick. Spinning several times or showing fancy air maneuvers are not a handling of the art, just sportive abilities. Taekwon-Do’s knowledge is the real dealing with self defense under actual combat.

All places in the Taekwon-Do’s teaching process have an specific utility.

A Coach is just that, a trainer. He programs a routine for a student who wants to participate in a sport competition. He will enhance the student’s sportive performance. In some cases he trains a team to coordinate the participants’ movements and strategies, but he is not the Instructor.

The Instructor is the one who teaches, who gives his assistance every day, who supports the student with the technical parameters, who advises with the philosophy of the Art and the student’s doubts. The Coach helps in the sport area to those competitors sent by the Instructors. Sometimes Instructor and Coach are resumed in the same person.

For a better understanding, it’s necessary to remember your beginning, the first time you arrived at a training center, when you dressed your first uniform with a white belt shouting that you  knew nothing. Who taught you the first steps in the Art and helped you to evolve in it, was your Instructor, not a coach.

You could participate in many seminars and tournaments, however, who is always to your side in each training session is your Instructor.

Of course he needs to be actualized in his knowledge to assist you in putting into action the information acquired in seminars and courses.

Your Instructor is who has helped you to walk and run in the Art. He has included you in a system that contains you.

It contains you because you’re a result of that Instructor’s job, who is loyal to that system, not because your abilities.

Are you loyal to your Instructor? or have you placed him aside because you think that you know everything and you don’t need him anymore.

Your Instructor is included in the system because of his loyalty to the hierarchies that integrate it.

Your instructor and the system support you because you are not independent, if you were so they wouldn’t contain you.

Without this relation between system, instructor and student, the art and its evolution wouldn’t exist. Whoever breaks this chain is denying the Taekwon-Do’s Founder, its rules and it hierarchical structure.

What  are we calling the system? The system it’s not written with initials, it’s not an association or a federation. These are names for administrative structures, which use the system to evolve.

The system in itself is different parameters used to keep functioning the vertical martial structure and the knowledge transferred over the years . Taekwon-Do already had a vertical and martial system before it was administered by associations or federations.

Actually many Entities use different names but the same system. The loyalty is to your Instructor and to the system.

In the mentioned chain there’s no place for the self taught. If you want to occupy such a place you have to create your own technical development and hierarchical structure, in other words you have to build a system, your own system.

When a self taught is talking about his ability to avoid Masters or his skillfulness to gain information away from all method or system, he is saying that he can occupy the same level as the highest categories and their knowledge, experience and record, acquired over the years. It is because of this reason that the system cannot include them.

However, the self taught pretends to avoid that his students do to him what he has done to the system. He will try to evade that his students steal the capital that he thinks he has. In other words he needs a system to protect his job.

Some people dare occupy an unjustified place, without the time required for it and without the necessary experience.